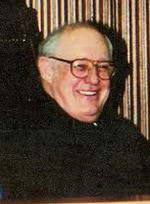 So. Methodist University Law,
class of 1944

Jack D. Hays was born in Lund, Nevada in 1917.  He was three when his father died.  A few years later his mother remarried and her new husband adopted Jack. He earned his bachelor and law degrees from Southern Methodist University in Dallas. He graduated from law school in 1941 and enlisted in the United States Army. He was commissioned as an artillery officer, ultimately achieving the rank of Major. He served in combat in the Italian campaign during World War II.  He became introduced to Arizona when stationed at Fort Huachuca before his overseas assignment. He served this state and nation as a soldier, attorney, legislator, federal prosecutor, and Supreme Court Justice. His judicial career spanned 26 years including as Arizona’s Chief Justice.  (heinonline.org 37 Ariz. L. Rev 1995) 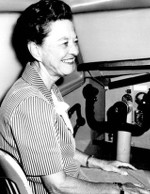 Virginia Hash was born in 1913, in Flagstaff, Arizona. Her father, Edgar Hash, was a merchant in Phoenix until his death when Virginia was ten years old. Her mother then supported herself and her two children as a school teacher in schools throughout Arizona until she remarried and moved her family to Texas. Virginia Hash graduated from El Paso High School and then from Texas Tech University  in 1934.

Since childhood, Hash had been interested in airplanes. During World War II she worked as an airplane mechanic at Ryan Field in Tucson and joined the WASPs to become a pilot. She continued to fly in the years following the war as a private pilot and was elected the first female president of the Lawyer Pilots' Bar Association from 1966-1970.

After the war, Hash attended law school at the University of Arizona, graduating in 1949. Her first job upon passing the Bar exam was as a law clerk for State Supreme Court Justice Evo DeConcini. After clerking for DeConcini, Hash went into practice with her uncle, V.L. Hash, in Phoenix. In 1953, Virginia Hash started her own law firm , which she maintained until her retirement in 1980. 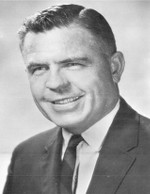 Charles Leach Hardy was born in Los Angeles, California on January 24, 1919. He grew up in the town of Nogales, Arizona. He had a great deal of exposure to law while he was growing up, as his uncle, Leslie C. Hardy, was a prominent lawyer who revised the Arizona Code in the 1950s; his father, Charles L. Hardy, was a Santa Cruz County Superior Court Judge; and his grandfather, Charles E. Hardy, was a justice of the peace and collector of customs in Nogales. Charles Hardy enlisted in the Army and served from 1941 until 1946. He completed his law degree from the University of Arizona in 1949.

From 1952 until 1955, Charles Hardy served as Deputy County Attorney for Maricopa County. He was Assistant Attorney General from 1957 until 1960. He served on the Maricopa County Superior Court from 1966 until 1980, when President Carter appointed him to the U.S. District Court for the District of Arizona.

In 1990, Judge Hardy retired from the bench.

Carl Hammond was born in Pender, Nebraska on September 27, 1898. His family moved to Oklahoma when he was three after his father won a 160-acre in a drawing. He stayed in Oklahoma through high school and started work with Pulaski Oil Company running a water pump. He worked in oil field jobs from Oklahoma to Texas and then in California. It was in Bakersfield, California that he enrolled in Lincoln College of Law graduating in 1929. It was a request of an Arizona attorney to the then Oatman Sheriff Jasper Brewer that led to Carl Hammond’s 48 years of practice in Arizona. Sheriff Brewer had to go to Bakersfield to recover some stolen mining equipment and local attorney, L.L. Wallace, Sr., asked the Sheriff to check at the college and see if anyone was available to come work in Kingman, Arizona. Carl Hammond was admitted to the State Bar of Arizona in 1930 and continued his legal work in Arizona over four decades. He was elected and served eleven terms as the Mohave County attorney – 22 years.
(Kingman Daily Miner 5/23/1978)